Skip to Content
Home Etc. Inspirational 5 Things that Have Made 2020 Worth While

No doubt 2020 has sucked sour balls. For a minute there, it just seemed to get worse and worse with no end in sight to the downward spiral that was this year. In case you don’t remember all the wild events from 2020, here’s a short synopsis so far (and it’s only July):

This isn’t even all the horrid events that occurred. There are so many more not present here  (including virtual schooling now being an imminent part of reality for working parents). No doubt, though, these events have caused massive amounts of fear and anxiety globally.

I remember when the coronavirus first hit us blindsided and we were quarantined, I would scroll through my Messenger chats with my best friend from the normal “days of old” and reminisce on how I took life for granted. We chatted about things like ice cream in the middle of the night, where we see ourselves in five years and how we can become millionaires. It seemed overnight that our conversations turned from innocent to thoughts to Martial Law or end-of-the-world scenarios where we’d have to learn to forage for our food and wipe our butts with leaves.

Pretty soon we settled into the “new normal,” and turns out, we coped just fine. Needless to say, I could have done without ninety percent of what has happened this year and the emotional stress still resonates largely on a daily basis.

But I can’t say it’s been all bad. There are some things that have been extremely worth while.

I have spent more time with my family.

Nope, not extended. Immediate family. Now that we’re halfway through the year, it feels like it shouldn’t have taken an act of Congress like 2020 to bring me to spending more time with my family, but, here we are. Looking back, it seems as though this is just “a given,” that family time should already be top-priority. But, sadly, it hasn’t been the case.

Because of this, being under shelter-in-places and quarantines have really closed the walls in on us and [for the most part] it’s been a positive thing. I get to see my baby’s milestones. I haven’t felt compelled to put her in daycare and have been utterly blessed beyond words enough to get to work from home and hire a mommy’s helper to watch her while I work.

I have successfully learned how to grow a vegetable garden.

That’s right! End-of-the-world inspired, along with my natural green thumb, I started a veggie garden! I learned how to propagate seeds from veggies we ate, and I bought other seeds that I wanted to try to grow – so far, it’s been great! From planning the garden, to building the raised beds and trellises to learning how to save my almost-dead seedlings, I’ve had quite an adventurous and rewarding time seeing the fruit of my labor (pun intended).

I’ve had to learn to be resourceful and find alternatives.

Where to start. Well, first, I build my garden trellises out of cut limbs from trees on our property. When everyone went crazy and bought out every last sheet of toilet paper, I got cloth wipes for the “just in case” stack. My baby is in cloth diapers, why can’t we use the same standards on ourselves just in case we’d find ourselves out? We never ran out, but I’m ready.

When there was a ration on eggs, I found a local lady with over thirty chickens who sold the eggs. I met her once a week and felt satisfied and even happier that I knew exactly where the chickens came from. I’m even saving seeds from more fruits and veggies that we’ve eaten for next year!

So many people have different opinions, but this is mine. While the world is tumbling down and the media is there to highlight every detail, I just refuse to fill my mind with it all. I cannot possibly emotionally carry the weight of the world – as much as I wish I could. I have to just give it to God. Additionally, it seems nearly fashionable to call names and to bash and publicly shame others on social media. While this has been going on for a while to get change in motion (and it has worked in some instances), I will not surround myself by the ugly opinions of others as often as they’re formed. Because of this, I have ceased checking my social media as much, and even when I do, I focus the majority of the time on the shallow content like videos and memes.

And I’m happier for it.

I’ve been forced to stay home.

Ok I’m going to be honest. I actually have been a homebody for over a year now. I’ll admit it, I’ve gotten to a place in my life where I don’t have to succumb to the rushes and pressures of scheduling my calendar full. Now that I don’t have to even if it were an option, things have slowed way down. I don’t feel tempted to eat out or go shopping, or to be in public places.

Staying home has also offered me the opportunity to beautify things around here and to complete more projects.

There’s always a silver lining. Even though 2020 doesn’t feel like it has one, I can assure you, it most certainly does. 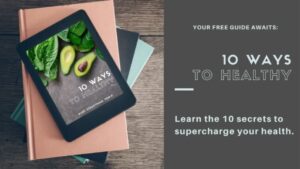 The Reflective Gardener: A Garden Journal and Planner for 2021 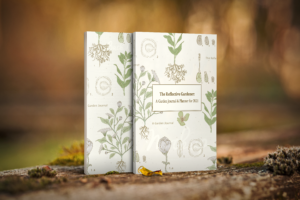 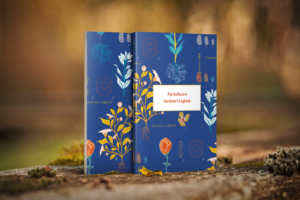 A Journal for Houseplants and Indoor Gardens (Red) 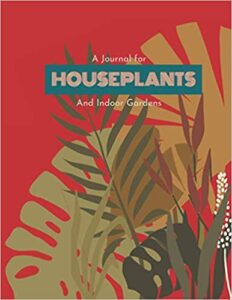 A Journal for Houseplants and Indoor Gardens (Blue and Pink) 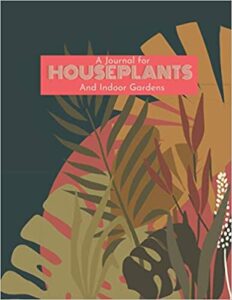